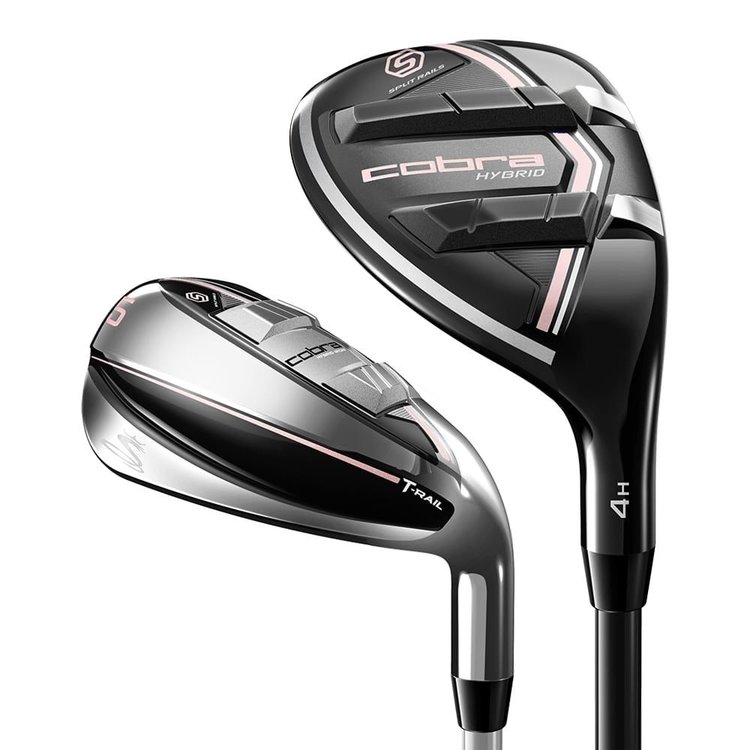 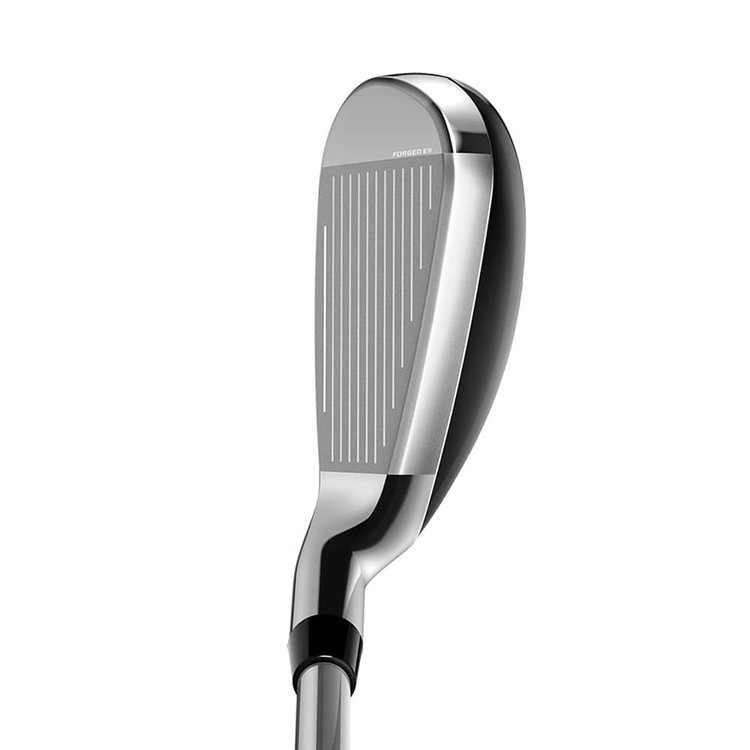 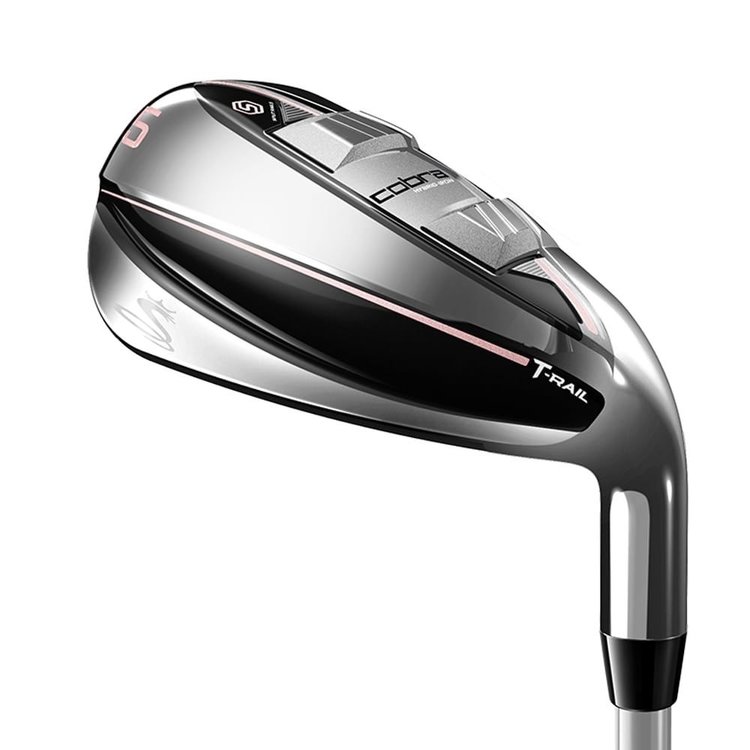 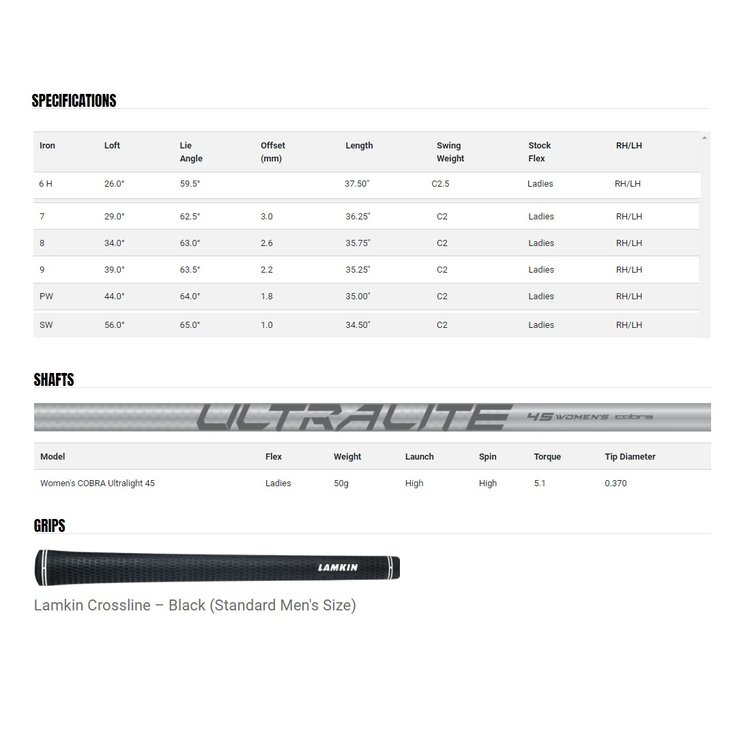 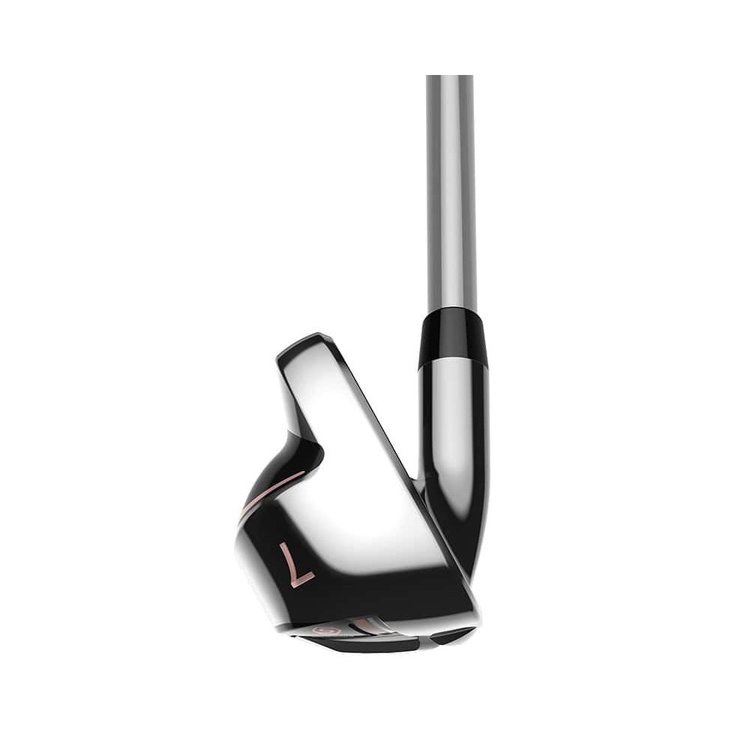 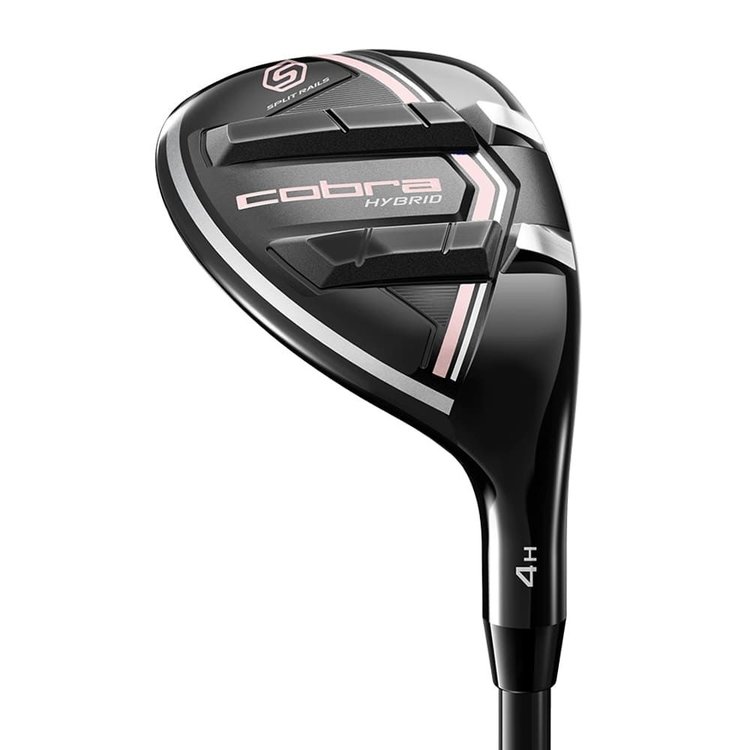 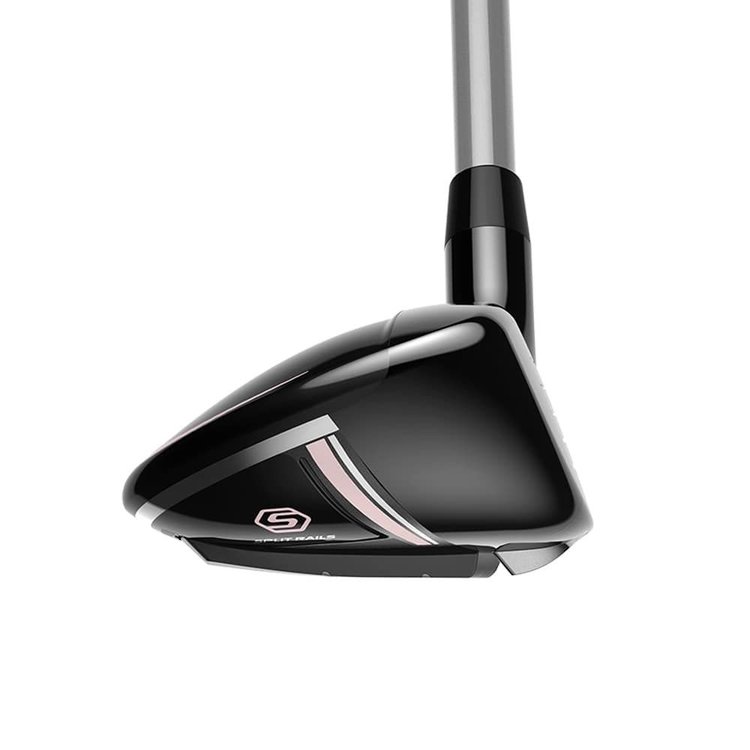 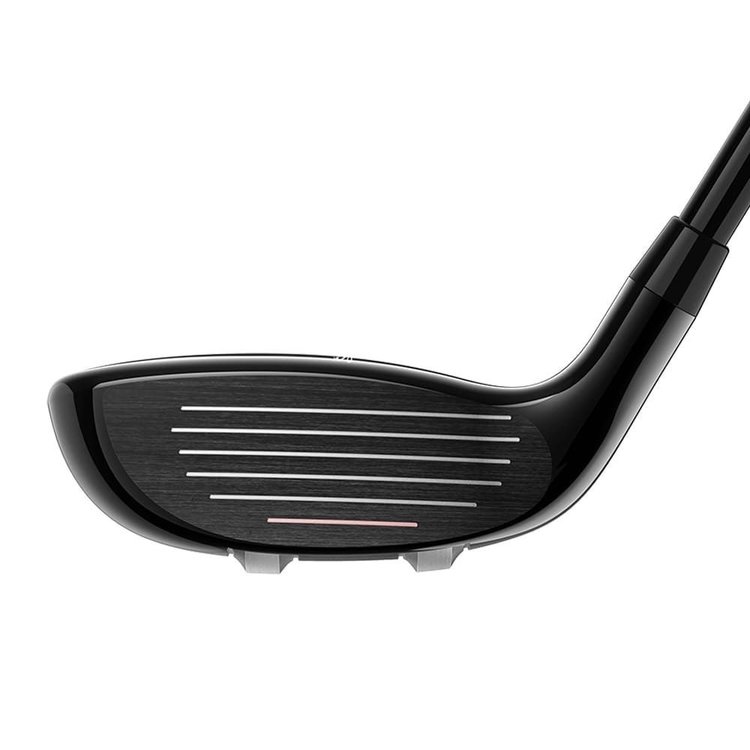 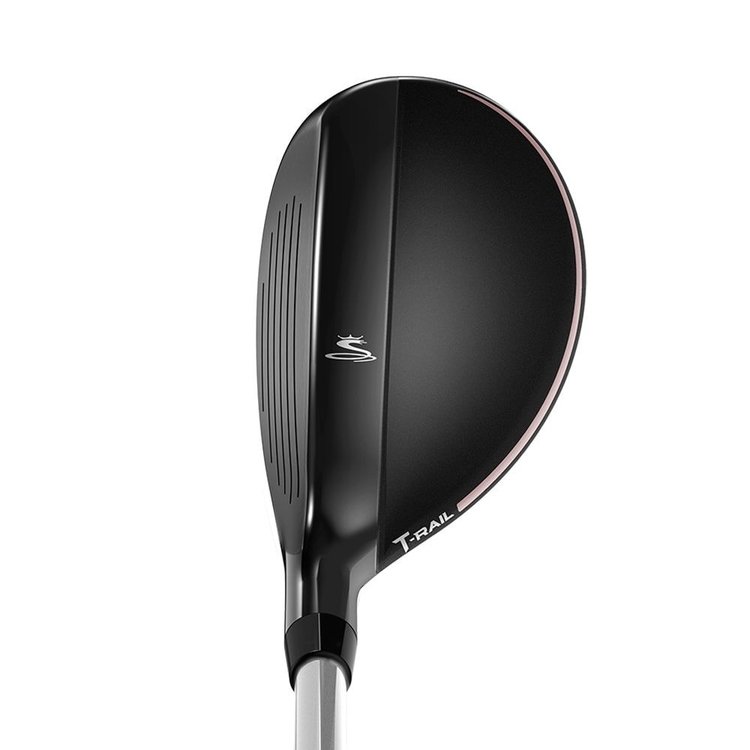 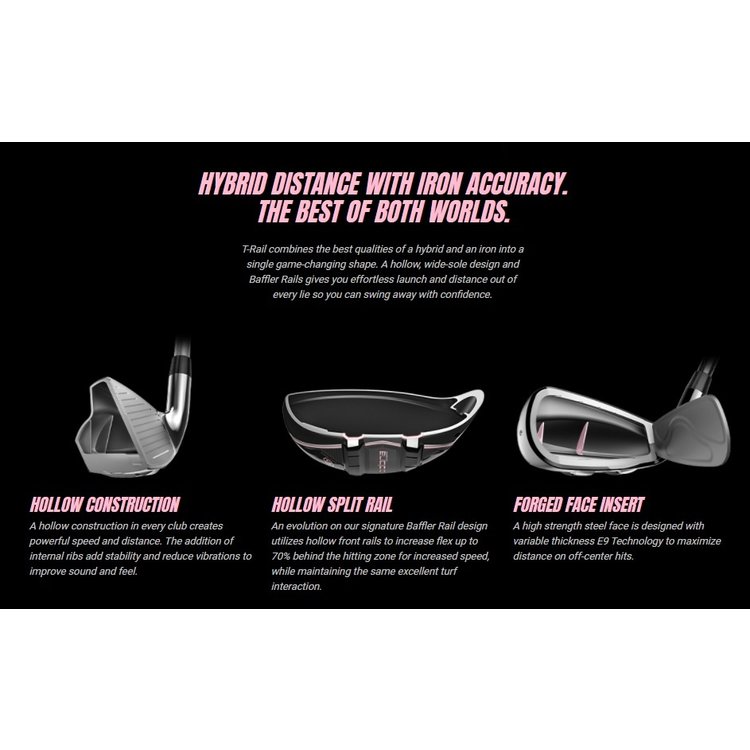 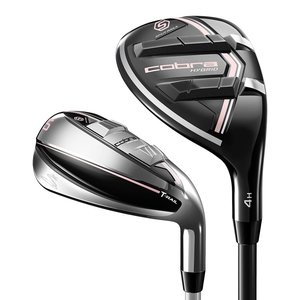 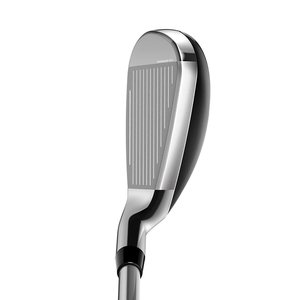 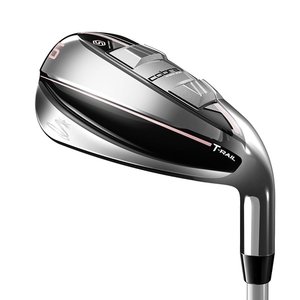 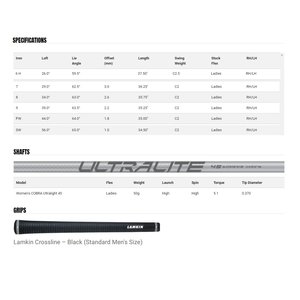 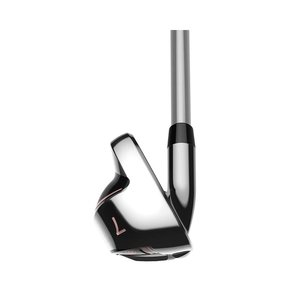 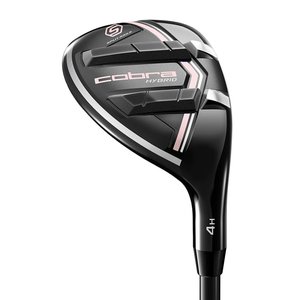 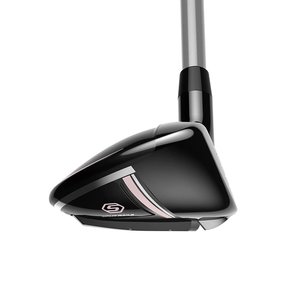 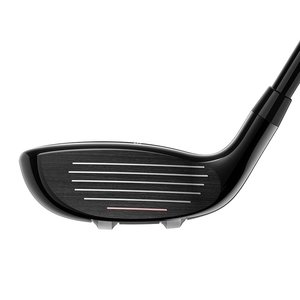 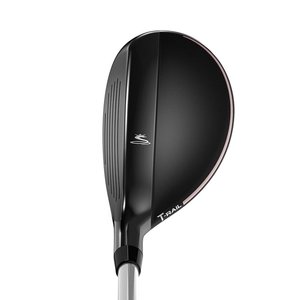 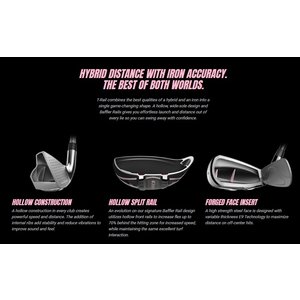 These T-Rail hybrid women's irons 2021 from Cobra look very different from the 'conventional looking' F-Max Ladies irons. This series is also a series with the maximum level of forgiveness, but in a completely different kind of jacket. The efficient intersection between the properties of an iron and a hybrid club brings a more effective playability especially for golfers with a slightly higher handicap.

Many features from Cobra's 'normal' women's irons are integrated in this T-Rail series: Large club heads with huge sweetspots combined with a low centre of gravity make irons already very playable. The Baffler T-Rail technique, which Cobra has been using for years in its hybrid clubs and fairway woods, has also been put into the irons here. Because of this, the clubs have much less resistance to the ground so there is much more club speed left. For many, golf is a tricky, technical sport in which these Cobra T-Rail hybrid irons make it a bit easier to launch the ball straight and far without too many technical skills. This makes them very suitable for beginners to somewhat advanced golfers (handicap 18-54). Due to the 'Forged' clubface, the clubs are far from numb, in contrast to many hybrid irons from other brands.
These irons have a light 'Offset' to the shaft which makes it easier to hit 'through the ball' and make it fuller and less likely to hit a slice. The ball flight in these irons is a bit higher and therefore nicely predictable. Each club has a slightly different shape, adapted to the individual tasks of each club. By the way, the grips are a little thicker (Heren Standard) which makes it easier and more relaxed to hit straight ahead.

Wilson
Wilson Ultra XD 13-Piece Ladies Golf Set 2020
Wilson has been the market leader in the start-up segment for many years. Rightly so, because this complete, forgiving Wilson Ultra XD women's golf set is highly recommended! It has all the features you need to learn to play golf cheaply and quickly.
€429,00 €349,00
In stock 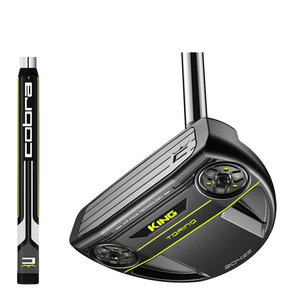