open
Receive the best deals in your mailbox?
Then subscribe to the newsletter now!
Login
Log in if you have an account
Register
By creating an account with our store, you will be able to move through the checkout process faster, store multiple addresses, view and track your orders in your account, and more.
Create an account
Laat mij weten wanneer weer op voorraad is!
Laat je e-mailadres achter en we sturen je een mailtje wanneer dit product weer op voorraad is.
Share
Share this product
Add your review
Review TaylorMade Stealth Irons 5-SW 2022 (graphite shaft)
Home TaylorMade Stealth Irons 5-SW 2022 (graphite shaft)

TaylorMade, as an innovative manufacturer, has completely redesigned its 2022 iron sets in the entry-level to advanced golfers segment. In these new Stealth ironsets, a clean and sleek design meets smart technology that makes golf more fun and effective. Techniques from previous years have been sharpened and improved with the revolutionary Cap Back Design with Toe Wrap Construction being by far the most important. This has improved the flexibility of the face allowing much higher ball speeds to be delivered. Ball contact with these irons feels very powerful, controlled with a high-tech somewhat muffled contact sound. Absolutely remarkable! 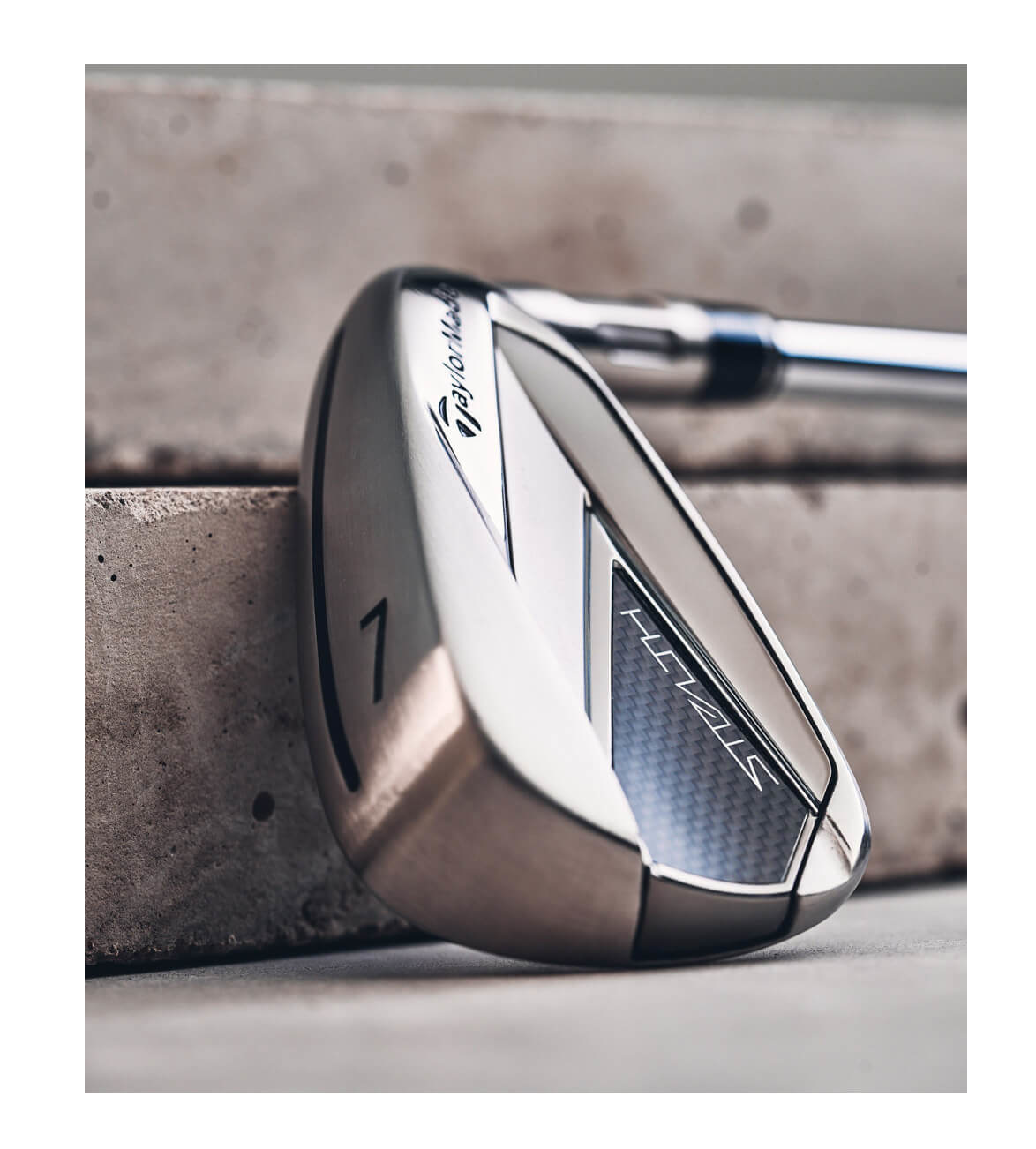 The Cap Back Design is thus truly distinctive when it comes to improvements in speed and ball feel. In addition, the Echo Damping System (a kind of cushioning strip under the 'Cap Back' of the clubface) provides a powerful and massive ball contact and effectively absorbs unwanted vibrations. It improves the feel (feels like 'Forged') and maximizes the flexibility of the clubface. By removing weight from the toe portion of the clubface and placing it at the bottom of the sole, the center of gravity is lowered for a greater launch angle which provides a higher ball flight, long ball flight distances and plenty of power.
Every effort has been made to maximize forgiveness so that balls that are not hit cleanly do not end up far outside the fairway. In the long irons for longer distances, the Thru-Slot Speed Pocket System, which is clearly visible as a dark plastic inlay on the sole, increases ball speed even more. In addition, the well-known, ultra-thin Inverted Cone Technology clubface remains responsible for explosive ball speeds without sacrificing its strength. The sweet spot has been enlarged to maximize forgiveness. What you will notice is that you will experience fine, powerful irons with a lot of potential from hitting your first ball.

In this series of TaylorMade Stealth irons, every effort has been made to make the clubs as accessible as possible to golfers with mid & high handicaps. Especially when compared to irons from years ago, it is obvious that golf clubs have become much more 'user friendly'. All features to increase playability are on board. The sweetspot is enormous and the center of gravity (CG) has been kept extremely low by a center of gravity that is as low and deep as possible... All features that make it easier to get the ball in the air. Now that's what we call Game Improving.